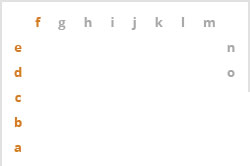 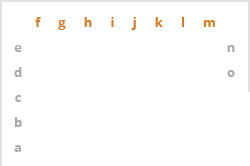 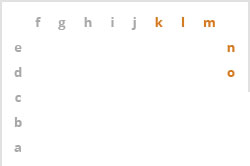 In a sequence of works begun in 1992 and continuing to the present, I have recorded the experience of looking, living, and working within the space of my home at 1614 North Hermitage Avenue, a 1922 two-storey brick storefront / residence in Chicago. The very facts of this building – its construction and materials – have continued to reveal themselves, and have encouraged me to approach my work as a painter from a varied set of positions. Over time, I have come to recognize that I am working in reverse to the norm of architectural practice – for me, from “house” to “plan.” Indeed, such visual and conceptual manifestations of inversion and opposition, doubling and replication, have been an integral sub-text to my thinking and practice.

Organized here for the first time as a nearly mirror-imaged time-line, the selected set of fifteen works on paper are representative of this on-going search, and underscore my interest in the generative and reflexive capacities of drawing. Some are notations or propositions in advance of particular paintings, for example, Bricks and Siding, North Wall or South Wall, gouache on paper, 1996 ( a., o. on map ). Others developed as a way to reflect on, or re-envision, paintings previously completed, as in Study after Entry, Fragment One – Armature, gouache on paper, 1998 ( n. ) or the most recent pair, Trace: after Threshold / SouthEast – One, and SouthWest – Two, ink on UV paper, 2010 ( g., h. ).

In 2001, I initiated drawings based on the second floor living spaces of my home; four of these Studies for Living Rooms ( c., d., l., m. ) are included in this installation. I began quite simply, by tracing the architectural plan itself – fountain-pen ink lines on paper established each of ten spaces as a footprint: the shape became, for me, a sign of occupancy. A set of ten drawings that followed in 2002 were realized first in warm-hued gouache on paper, for example [ drawing for ] Living Rooms, North – one, ( k. ) followed by a second set, as in [ shadow drawing for ] Living Rooms, North – one, ( e. ) which occupies a contingent relationship to the first, an after-image in “shadow”; i.e., each of the two sets articulates the interior rooms and the threshold(s) to an adjoining space under two different conditions, at a scale of 1:12 inches. Note-page: light-fixtures [ by recall ] from Ucross, Wyoming, ( i. ) and Working Drawing for Living Rooms, SouthEast –Two, ( j. ) 2002 – 2003, were crucial to resolving the eventual paintings, Living Rooms – with Lights, action, completed 2003 – 2005.